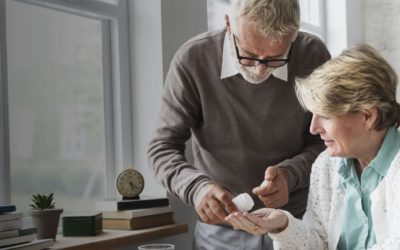 All health insurance companies eyes turned to Montana after a federal court ruled that an insurer was owed federal compensation for subsidy payments under the Affordable Care Act that President Trump abruptly ended last year. A decision that could easily impact similar legal outcomes across the country, affecting insurance markets and potentially costing the government hundreds of millions of dollars.

Trump’s administration ended a number of payments to insurers in October 2017 relating to cost-sharing reductions, as part of their efforts to undo the former president Obama policies on the health insurance landscape.

Judge Elaine D. Kaplan of the United States Court of Federal Claims preceded the trial, and wasn’t coy on the topic, saying that Trump’s actions violated a government promise to insurance companies participating in the health law.

She also made clear, as she delivered the ruling that “The statutory language clearly and unambiguously imposes an obligation on the government to reimburse insurers for the discounts they were required to provide to low- and middle-income people.”

The full extent of this decision isn’t entirely clear yet, and it is a situation that is certain to continue developing in the following months. Several similar cases are pending for ruling in federal court. And this doesn’t seem to be an isolated incident.

Back in April, Judge Margaret M. Sweeney certified a class action that allows insurers as a group to sue the government over Mr. Trump’s termination of the cost-sharing payments. Dozens of health insurance companies have already joined the class action lawsuit already.

The company whose Judge Kaplan ruled in favor, Montana Health Coop, had received cost-sharing payments for 45 months until they ceased last year when Trump denounced the cost-sharing subsidies as a “bailout of insurance companies.”

The ruling’s sum amounts to 5.3 million dollars, to be paid out of a special account known as the Judgment Fund, created by Congress to handle precisely these kinds of situations.

At this point, it is unknown if the administration will appeal to the court decision.

Judge Kaplan had a lot of arguments backing her ruling, stating that:

“The government violated a statutory obligation created by Congress in the Affordable Care Act when it failed to provide Montana Health its full cost-sharing reduction payments for 2017” and also added that Congress’ failure to appropriate funds to meets its obligations does not wipe them out.

Stephen J. McBrady, the lawyer who handled the case for Montana Coop, summed their position flawlessly “Montana Health, like many other insurers, honored its end of the bargain, but the government has failed to uphold its side.”

And John Morrison, founder of the company, stated that “The Trump administration’s decision on cost-sharing payments was the latest in a long line of political decisions made in Washington that fell hardest on new entrants to the insurance market.”

Although health insurance companies did not like the changes to federal law put forth by Trump’s administration regarding cost-sharing back in 2017, they did manage to reduce uncertainty as the government intentions became clear, which made it easier for the company’s actuaries to predict costs and set rates for 2019.

This means that during the next open enrollment period – between November 1st and December 15th – should happen with smaller increments in premiums than in prior years, or even offer lower rates, as they’d have already account for the disruption to the Affordable Care caused by Trump and the Republicans in Congress.

The safety and wellbeing of our teams and clients is our top priority so it has been decided in person appointments or walk ins will no longer be available. Our team is available by phone at 1-855-745-5422 during regular business hours, Monday-Friday 8am-5pm CST.
Read More